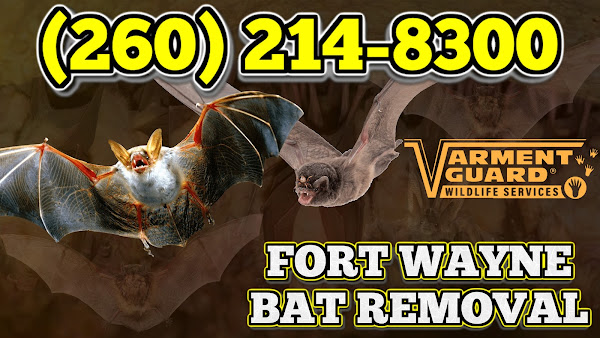 Allen, County, IN -  A Bat That Was Discovered On July 5th In Fort Wayne, IN Close To The Intersection Of IN-930 and US-27 Tested Positive For Rabies

Location where rabid bat was found

The City of Fort Wayne was informed after a resident found a dead bat on their property, and the city sent the animal to Allen County Public Health office for rabies testing.

Fortunately, all of the pets who might have come into touch with the bat had prior rabies vaccinations and routine veterinary checkups, according to a risk assessment undertaken by public health officials.

"Bats are beginning to migrate, and when animals are in motion, they come into contact with more people and animals. Keep an eye on your pets and make sure their vaccines are current as everyone will be spending more time outdoors as the weather warms up, advised Carol McInnes, an environmental health specialist. "Call a professional right away if there's any chance that you, your child, or your pet may have come into touch with a bat."

If not treated before any symptoms develop, rabies is an infectious viral disease that attacks the neurological system and is almost always fatal. The most common way to become exposed to rabies is through a bite or scratch from an infected animal, though it can also happen indirectly, like through a bat's minute puncture of the skin. A series of vaccinations are required for the treatment of rabies exposure.

What should I do if I come across a bat?

Medical attention could be required if you come into contact with a bat. Depending on where you come into contact with them and how, you should behave around bats. Infants, young children, and those who have diminished mental capacity as a result of drugs, alcohol, disease, or aging are at higher risk because they might not be able to communicate to others that they have been bitten or scratched.

If you suspect a bat bit or scratched you, or if infectious bat material—such as saliva or brain tissue—gets in your eyes, nose, mouth, or a wound, wash the area well with soap and water, and get medical help right once. The bat should always be caught and taken to a lab to be tested for rabies.

How simple is it to contract rabies from a bat?

Bats can transmit rabies to humans through small, insignificant, or unnoticed bites or scratches. If a bat has bitten or scratched a person, rabies postexposure prophylaxis (or PEP, which includes vaccination) is advised unless the bat is accessible for testing and tests negative for rabies.

What proportion of bats are rabid?

The majority of bats lack rabies. For instance, only approximately 6% of bats tested for rabies in the U.S. (which only included bats able to be captured) actually carried the disease. A bat's rabies status cannot be determined by by looking at it. Only a lab can determine whether a patient has rabies.

Can you recover from rabies?

There is no cure for rabies once the infection has taken hold. Although a few people have managed to survive rabies, the illness usually results in death. Because of this, you must receive a series of shots if you believe you have been exposed to rabies in order to stop the disease from spreading.

How long does rabies remain in a dead bat?

When temps approach 70oF, the live rabies virus cannot persist in dead animals for longer than 24 hours. The virus will, however, persist for a long time at cold or freezing conditions.

Does having a bat in the house signify more?

There is a strong likelihood that you have additional bats if you find one in your home. Because they are usually quite silent, bats may not make their presence in your home known until after they have been there for some time.

Bats with rabies may behave oddly, although they rarely attack humans and often pass away soon after contracting the disease. Avoid any bat that exhibits unusual behavior, such as being visible during the day.

Little brown bats can carry and spread rabies, albeit this is uncommon. This virus spreads through saliva and affects the mammalian central nervous system. If a bat exhibits abnormal behavior, such as flying during the day or scurrying about on the ground, it may be rabid.