DO NOT touch an orphaned, sick, or injured raccoon, woodchuck, skunk (Caution: can spray), or bat with your bare hands if you find it.

All of these species are rabies vector species, meaning they are the most prevalent wildlife species in DuPage County Illinois that transmit rabies to other animals or humans.

Rabies is a viral disease that is transmitted to other animals or people through a break in the skin or contact with the eyes, nose, or mouth of an infected animal or human. It then spreads to the nervous system, where it often leads to death. 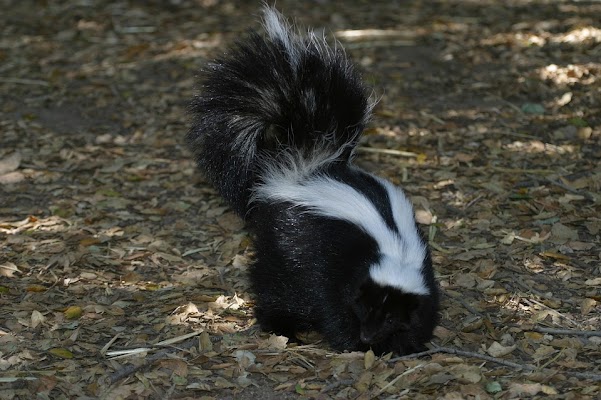 Circumstances that are NOT safe include sick or injured juvenile or adult raccoons, woodchucks, skunks or bats that:

While the rabies virus is primarily transmitted through a scratch or bite wound, any bare-handed contact with a rabies-vector species is considered a potential source of infection. Brain tissue testing is the only way to determine if an animal has rabies. As a result, if you have any bare-handed contact with a rabies-vector species or are scratched or bitten by one, that wild animal will have to be euthanized for rabies testing.

What To Do IF It Is Safe

If none of the above options are available and the animal is in desperate need of help, you may attempt rescue ONLY if it is safe.

Wear heavy leather gloves and carry a large towel. Injury can be avoided by wearing protective work gloves, a thick jacket, and other personal protection. When assisting mammals, never use your naked hands. Please take care not to get bitten, scratched, or licked by the animal.

Prepare a strong box or animal carrier to keep the animal contained. Depending on the size of the animal, garbage cans, recycling bins, and plastic containers will suffice. Make sure you have a lid that will fit snugly over the box's top.

Transport the animal to one of the following places:

We specialize in humane bat removal and thorough guano purification for both residential and commercial properties. Bats frequently gain access to homes through poorly constructed or maintained vents, such as gable or ridge vents, and into attics. They can also get in through chimneys. A bat infestation can enter through a hole little larger than 1/2 inch in diameter. Bats in Illinois that require bat control are classified as Chiroptera species. Licensed and insured, we employ Bat Conservation International-approved bat control methods to safely and legally remove roosting bat colonies (outside of bat maternity season) without causing damage to your building or putting your tenants at risk. To begin the bat exclusion process, give us a call. Rabies and histoplasmosis have been linked to bats. 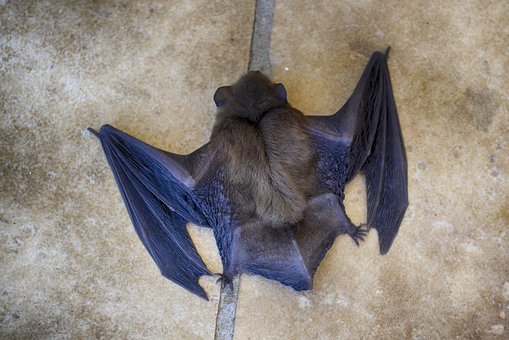 A raccoon only needs a small opening to gain access to your Naperville Illinois house or company. If you have a raccoon in your attic, it is likely that the raccoon will contaminate insulation, chew through building components, and munch on electrical lines. Raccoons can be dangerous to your health. It's critical to contact as soon as you discover a raccoon in your attic. Only licensed and insured raccoon removal experts with a wildlife removal permit are qualified to handle raccoon issues. Our crew has the skills and experience to perform professional raccoon removal and raccoon exclusion services in Naperville, Illinois. We can assist you in removing the raccoons from your attic. Raccoons are linked to rabies and raccoon roundworm. 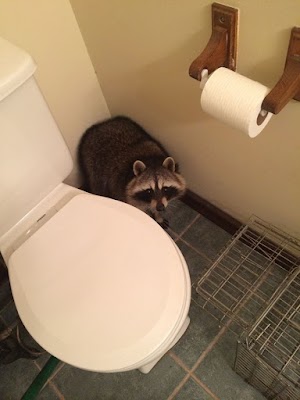 Squirrels are a common annoyance, however they are usually non-aggressive until confronted when caring for their young. Squirrels, while entertaining to watch, may readily gain access to our homes and businesses. They begin causing soffit, attic, and roof damage once they have gained entry. They will gnaw/chew on wood as well as electrical wiring insulation, which can cause electrical fires, because they are great chewers (they must chew to file their teeth down or they will continue to grow). Once the squirrels have been removed from the attic, odor removal services are required to prevent additional animals from being drawn to the area. After squirrel removal, the home or structure must be "squirrel proofed," also known as wildlife exclusion, to guarantee that the problem does not recur. 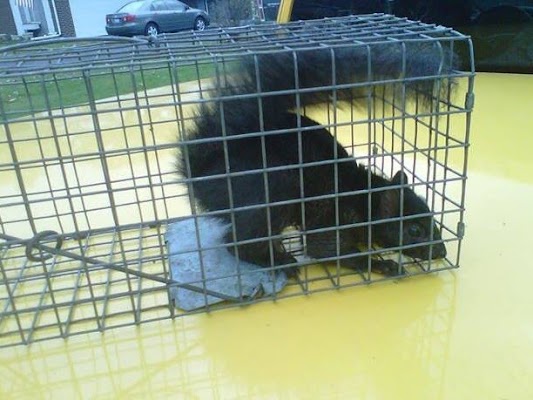 Skunks are, in our opinion, one of the most misunderstood Illinois wildlife species in any neighborhood. Skunks are commonly thought to be smelly wild animals. It is their spray, not the animal, that reeks. The skunk may lift its tail and stamp the ground if a human stays very still and makes no quick or threatening motions or makes loud noises, but in most circumstances, the skunk will just turn and run in the opposite direction. Remember, they're trying to avoid a confrontation. Skunks are burrowing animals that dig under homes, sheds, patios, carports, air conditioners, and/or any other building with loose earth around it. In most circumstances, a skunk may be trapped and then skunk proofed to prevent the animal from returning. 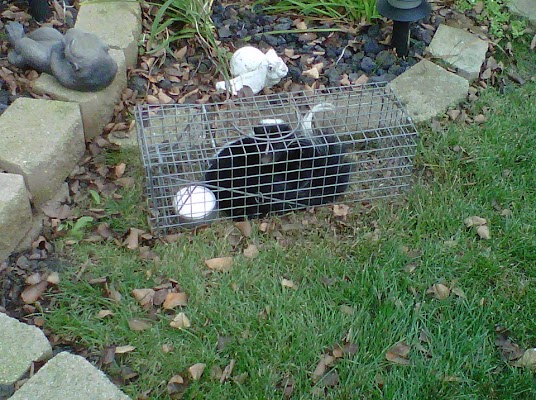 Opossums are spooky little animals with a strong odor, but they are otherwise harmless. Opossums are not disease carriers, are not violent, do not destroy property, are nomadic by nature, and just enjoy roaming the neighborhood in search of their next meal, contrary to popular opinion. Opossums are simple to catch and relocate. In rare circumstances, a little habitat adjustment, such as not putting pet food out all night or firmly covering the tops of garbage cans, may be required once the possum has been relocated to prevent recurrence sightings. 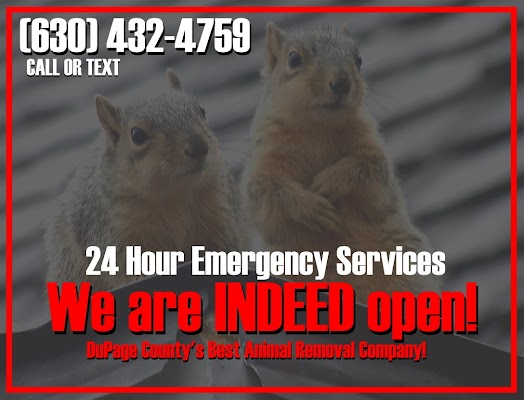 Bird removal can be a difficult task. Even the tiniest of birds may wreak havoc on a homeowner's property. Dealing with birds nesting on exhaust vents is a nightmare. Another issue with bird control is attic nesting. The weight of bird nesting can be so great that it might pull a ceiling down. We do both commercial and residential bird control in Naperville. Following the removal of bird nests, we also provide full disinfection services.

We provide effective raccoon, squirrel and skunk trapping solutions for nuisance Naperville & Downers Grove wildlife removal and animal control problems. No matter what your wildlife control need, from animal trapping and wildlife rescue to animal damage repairs and animal exclusion we specialize in all aspects of animal removal services. We also offer unheard of, all inclusive packages that include a full home inspection, trap set up, complete animal removal and patching of entry points. If your facing problem raccoons, pest squirrels, nuisance skunks or other problem wildlife, we are here to help 24 hours a day! 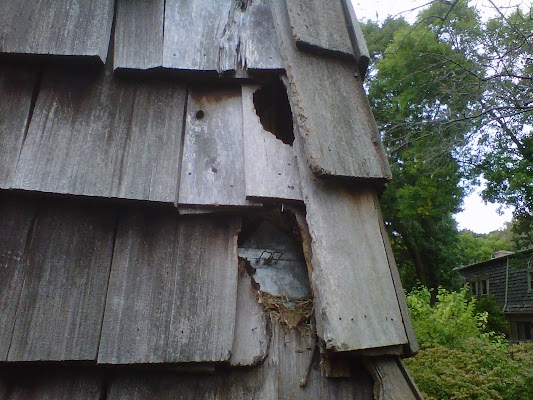